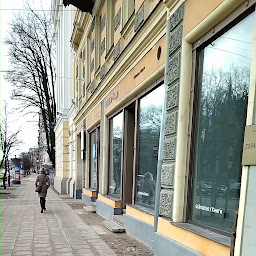 What quest rooms do we have?

Residence of the Medium

The strongest medium working with the otherworld has appeared in Riga.
After starting a ritual requiring five undead, sealed souls, he disappeared without a trace. If the ritual is not completed in the next hour, these souls will turn into demons and invade in our world.
The mission of your group of volunteers is to finish what the medium started, but be careful, probably he hid the souls very thoroughly.

The mysteries of Chernobyl

In 1986, as a result of the accident at the Chernobyl nuclear power station, an exclusion zone was formed within a radius of 30 km. Now it is filled with various anomalies that contradict the laws of physics. It is known that they create unusual artifacts.
According to our sensors, the rarest artifact “Compass”, which allows you to break the time anomaly, is now in one of the apartments in Pripyat. Your task is to find it as soon as possible, and leave the apartment with the help of this artifact. Scientists say that the anomaly will last for an hour, after which it will disappear without a trace, along with the artifact and its victims.